“It’s not what you look at that matters, it’s what you see.”
I believe it is essential to begin drawing and painting with a solid technical, fundamental base of realistic drawing and painting skills. Like when building a house, a strong foundation is vital. It is from this strong base of knowledge that we can break free to create whatever our heart desires. We can leave things out we have learned, but we cannot add what we don't know. 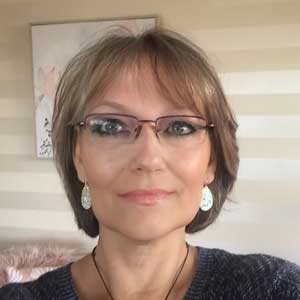 Pook, as in book, cook, nook, hook.
My love for the arts was sparked by my grandfather the artist Ernst Weitkuhn whom I loved dearly. After having received arts training  for three years at the Peter Schneider Atelier in Germany,  I became a commercial illustrator and practiced this profession for over 15 years.

In 1991 I immigrated to Australia and continued to work as an artist and illustrator. As my English was insufficient,  I needed to learn English fast, so I decided for a degree in Graphic Design / Illustration, at the QSPGA, Queenland School of Printing and Graphic Arts.  Soon after I continued my work as a commercial illustrator. My clienteles included major companies such as BP, BHP, the Queensland Government, Channel Ten and many more. At the same time I began teaching and worked as a senior art teacher at Gold Coast Art School in Southport which was known at that time for its high quality of teaching. 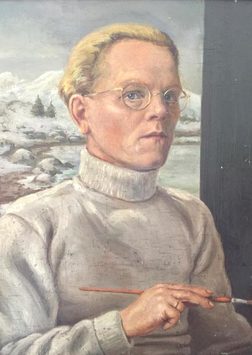 Self-portrait of my grandfather the artist Ernst Weitkuhn
One of my favourite projects over the years was the creation and co-directorship of Illustration House Pty Ltd, a Visual Literacy Centre with adjacent Gallery and art school, training children, adults, and teachers alike in art and visual literacy. I left the business due to the terminal illness of my late husband and cared for him until his passing in 2005.

Over the years, I passionately held numerous roles within the arts industry, including presentations and lecturing of art business seminars and discussion rounds for emerging artists. Teaching became my main interest in 1999 at which time I had stopped freelancing as an illustrator to teach art full time. I still operate as an art show judge and present talks in relation to artwork critiques, business skills and planning within the art sector.

In 2009, I was invited to join the board of the Regional Arts Development Fund Committee Gold Coast City Council. My role as a committee member involved making recommendations to Arts Queensland for the funding of emerging artists and art organisations, and stayed in this position for over two years.

In 2003, I was nominated as Member of the selection panel for the Biennale Internazionale Dell'Arte Contemporanea organised by the World bank, UNESCO, and the Italian Ministry of Foreign Affairs, in Florence, Italy for the selection of Australian Artist.

On a personal level I have found utter joy and peace in my marriage to Deane. Yes, the best husband in the world.

My joy was fulfilled with a powerful conversion to Christ in 2010, which directed my interest into missions and volunteer work that is now the most vital part of my life today.